A few months ago, Top Chef was in Seattle, filming season 10. As luck would have it, I was invited to attend Restaurant Wars with a good friend and my husband. Hands down the best way to spend a Monday morning/afternoon ever.

We showed up in our “upscale casual chic” attire (required dress code, we interpreted it as dark skinny jeans and flow-y shirts) and hung out in the backstage/holding tank area with everyone-who-is-anyone in Seattle’s culinary scene. Thankfully a friend of mine at the Convention & Visitors Bureau was there and pointed out all of the local celebrities. There were so many of them!

We waited about an hour and a half to be seated and we were in Kristen’s French restaurant: Atelier Kwan (menu photo below). We enjoyed six courses of food and they were pretty good. We also enjoyed wine with each of the courses. Like I said, the best way to spend a Monday morning/afternoon ever! While we were eating, Brooke came out to chat with us and she was really nice. She’s been our favorite ever since and now she’s in the final two!

Tomorrow is the season 10 finale, and in honor of that, our ‘Pinterest Challenge’ meals this week include our take on Brooke’s most delectable dishes! I made the first one last night, a weeknight version of Smoked Salmon, Forbidden Black Rice with English Pea and Parsnip Puree. I like to Instgram my meals (and my cats) and I tagged Brooke (@ChefBrookeW) in the following photo post and she LIKED it! EEEEEEEEEEE! 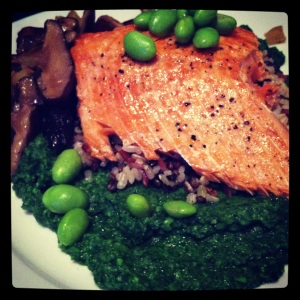 I doubt ours tasted like Brooke’s, but it turned out pretty well.

We’re putting our own spin on Brooke’s Grilled Hanger Steak with Smoked Onion Figs & Cauliflower Puree for the big final on Wednesday. 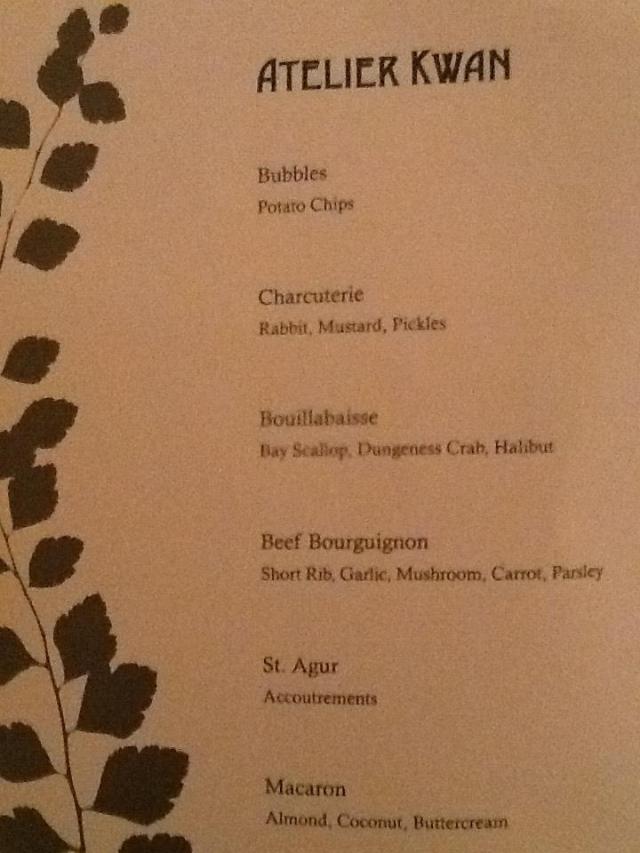