We’ve had a beautiful summer so far, but lately it’s taken a bit of a turn and we’ve had “Seattle Fall” weather the past couple of days. And? I love it. The sun and our 80 degree temps are set to return this weekend, so until then I’m celebrating this “Gone Pinning” Friday with some of my fall favorites, a preview of what to expect a few months from now…

Sail gating!!!! (Although tailgating works too!) 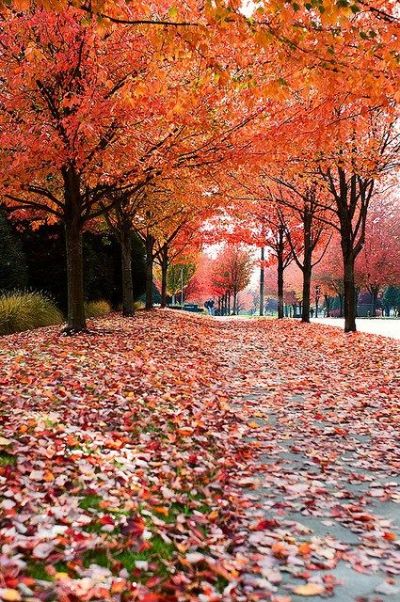 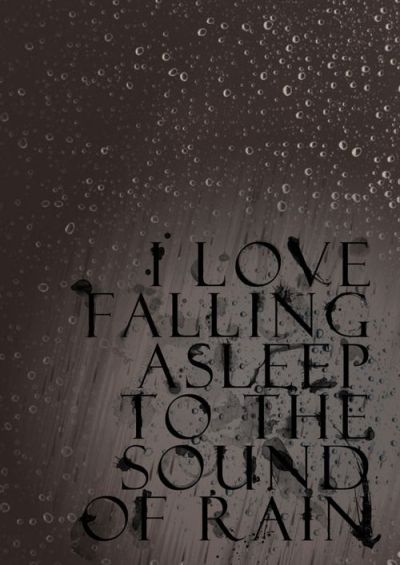 Happy mid-summer to you! (And happy almost-fall!!!)

Why the break from blogging? I’ve been traveling! (And working a ton, but talking about travel is way more fun!)

Brandon and I joined my family on a trip to Carmel-by-the-sea for my cousin’s wedding. We had a great trip. It was exactly the escape that we needed. We flew in and out of Oakland and enjoyed the leisurely drive to and from Carmel.

Always down for a wood-fired pizza (we’re almost done curing ours!), so we took Sunset Magazine’s advice and left Carmel for the 15 mile drive east, into the Carmel Valley. It was a scenic drive and really reminded us of Central Washington.

We started at Cowgirl Winery and ate our wood-fired pizza outside among the chickens. We both ordered the red tasting flight, with a Cabernet Sauvignon and a Pinot Noir. Brandon and I both preferred the Pinot but they both paired nicely with the Wild Forest Mushroom White Pizza (truffle oil, parmesan, thyme, shallots, tomato sauce and mozzerella) we ordered.

Me at Cowgirl Winery

As we were tasting, we noticed the tractor-pulled wine wagon mentioned in the Sunset piece. Of course we had to try it out.

Cowboy Pete Azevedo took us a few blocks away to the Joullian Vineyards. It was a bumpy, but extraordinarily fun, ride.

Another bench for Brandon… in the bed of the truck!

Joullian’s 2011 Sias Cuvee Zinfandel was just awarded the Best in Class at the San Francisco Chronicle’s 2014 Wine Competition. We love Zins, so we knew we needed to check it out. And? It didn’t disappoint. Neither did their other wines. We enjoyed all of the wines so much that we joined their wine club (#4!) and bought a bottle of the Zin to enjoy in Seattle.

We also tried (and bought) Joullian’s wine-filled chocolates. They were delicious! The milk chocolate truffles were filled with Muscat and Zinfandel. The chocolates that we sampled weren’t labeled (we think we both had muscat) and we bought a package of the Zin-filled chocolates.

We also stopped in at the Talbott Vineyards and we were less than impressed. I’d recommend skipping Talbott Vineyards next time you’re in the Carmel Valley. Not only did their wines suck, they were really rude.

That last experience aside, we’ll definitely be back to the Carmel Valley. And we’ll be looking forward to getting our three bottles of Joullian wine delivered this fall… and next spring. And beyond!

We miss you, Carmel Valley! We’ll be back!!

I’m a bit of a crazy cat lady and my oldest, Madison, is celebrating a very special birthday tomorrow: DOUBLE DIGITS!

My sweet Maddie will be 10 tomorrow! She hates fireworks, so she kind of detests her birthday, but I’ll try to make it up to her with a long weekend of quality time and some really good treats!

As I did with Jack last year, here is Maddie’s photo show: 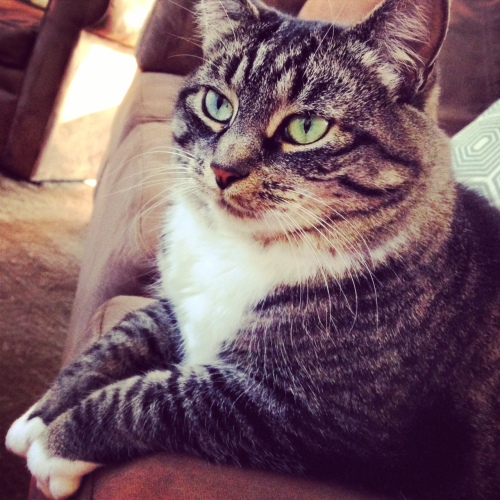 Another shot of her delicate lady paws

And some of her favorite activities… 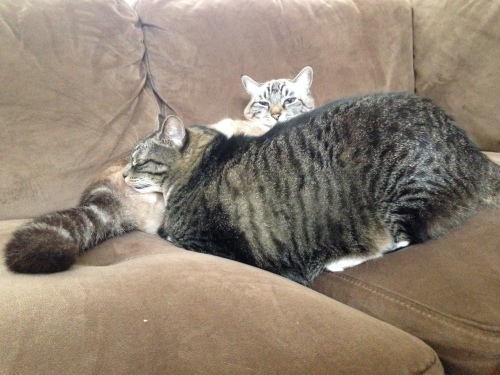 … Sleeping awkwardly on her brother 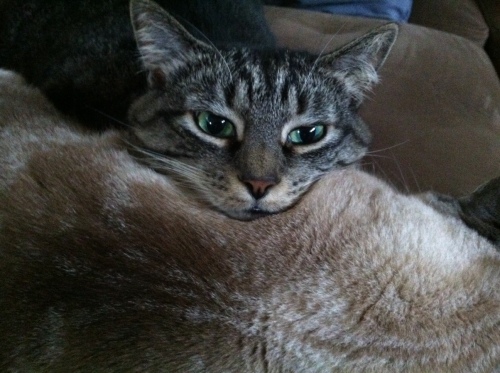 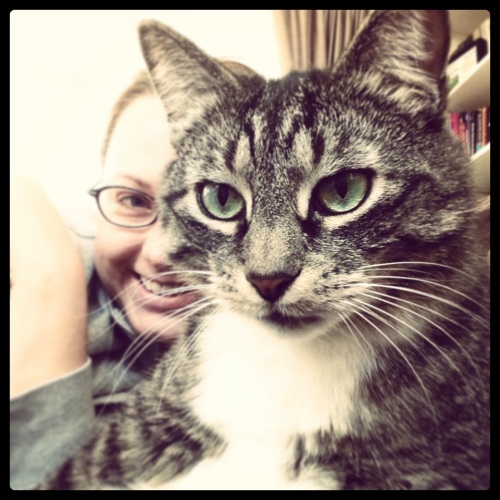 A few weeks ago I hopped on a ferry and headed out to Whidbey Island for a girls-only wine weekend. And it was a blast.

We stayed at a friend’s cabin, right on the Sound.

Our place on the Sound

We ate, drank, laughed and had a blast.

We also went for a nice nature walk at the South Whidbey State Park.

It was a beautiful … 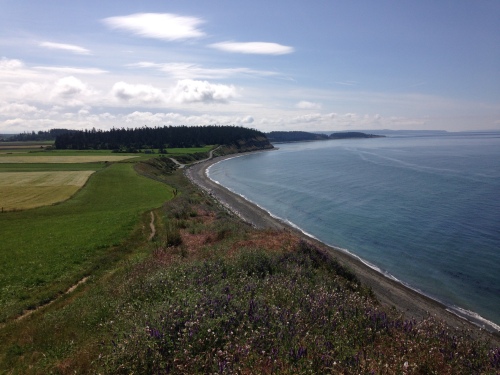 Our physical activity before wine tasting

There are a handful of wineries on Whidbey and we chose some of the best for our afternoon of tasting.

We started on the patio at the Comforts of Whidbey Winery where we enjoyed their reds that we paired with meats and cheese sandwiches, strawberries, cherries, and grapes that we brought. 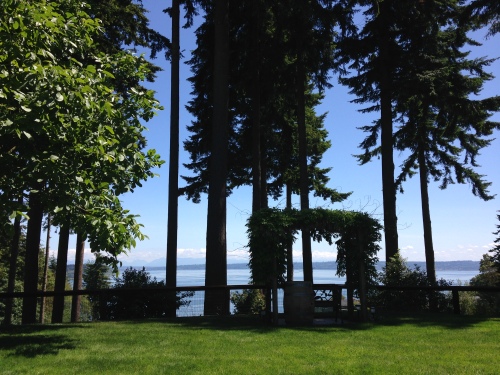 Then it was off to Whidbey Island Winery for more wines. The wines were good and I bought a bottle of the 2011 Cabernet Franc to enjoy with Brandon. The scenery was pretty great here too!

The Cab Franc is an “approachable medium bodied wine from Bordeaux’s other Cabernet that has friendly aromas of earth, spice and dark berry fruit with classic flavors of blueberry and cranberry wrapped up in soft dusty tannins. Enjoy it with salmon, duck, turkey, pork, lamb and grilled veggies.” Great Wine!

My favorite part of the winery was the winery cat. I have large cats but Sangiovese (the cat) dwarfed them. He was huge! 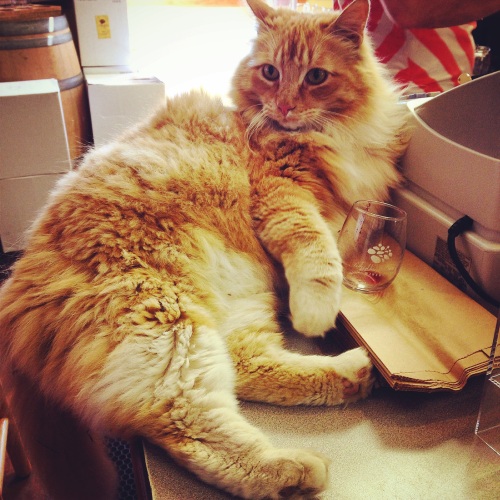 We finished up our wine tasting adventure at the Holmes Harbor Cellars. Rather than tasting, we bought several bottles of the Catapult wine (a 78% Viognier and 22% Chardonnay blend) and drank them outside, playing your typical ’embarrass the bride’ games. Mission accomplished.

We rounded out the day with dinner at Christopher’s on Whidbey in Langley. We sampled everything and you really can’t go wrong, but you really need to try the Warm Mushroom, Cheese, and Dill Fondue. It was SO good.

I hope you’ll take some of my suggestions and take a jaunt to Whidbey and enjoy the wine tasting and exploring!

A Sunday stroll on the beach