Seriously. Ever. And they’d make an amazing Thanksgiving dessert (or breakfast, for that matter).

Brandon and I were cleaning out the pantry over the weekend, which meant we had a half of a bag of rice krispies and a bag of marshmallows that were “going bad” and “needed” to be re-purposed into something delicious. That means rice krispie treats! And I had just gotten a new recipe!

I was recently at a Social Media Lunch event at Allrecipes.com where I had the best rice krispie treats ever. VoraciousGirl was kind enough to share her recipe with me. The following recipe is predominantly hers, with some Megan’s Island adjustments. I’d recommend you run to the store immediately and pick up the following ingredients.

Why are they so good? I blame it on the whole stick of browned butter. Delish. 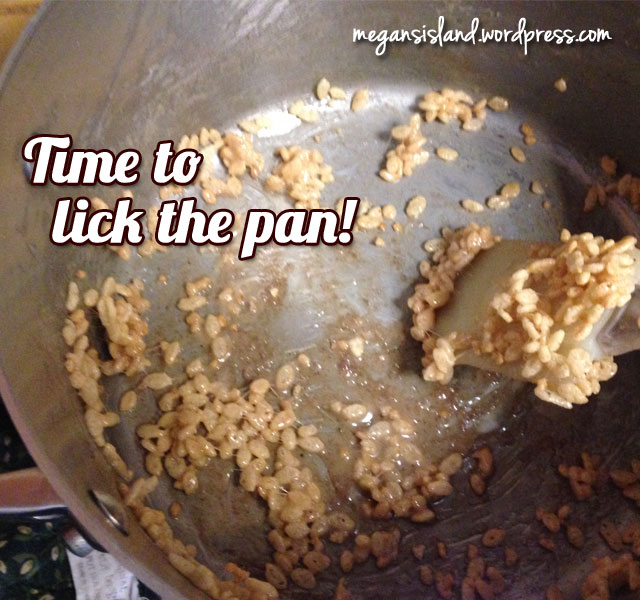 Now, get up and head to the store to pick up some butter, marshmallows and Rice Krispies!! Enjoy!

My friend Emily claims that this Smitten Kitchen recipe is the best rice krispie treats, We’re going to have a rice krispie treat-off soon to crown the champion recipe. In the meantime, try out this one. It’s a winner.

4 thoughts on “The best rice krispie treats ever”