Brandon was born in Colorado and as a result he grew up watching the Broncos. (We even cheered on the Broncos when they played the Seattle Seahawks in 2014.) He knows everything about the team and will root for them every chance he gets. He was offered that opportunity a few weeks ago during SuperBowl 50.

We held a SuperBowl party and went all out– as all out as we can with an infant at home who’d not big on napping. Thanks to Michael’s four-month sleep regression, we had the “pleasure” of waking up at 5 a.m., an hour earlier than we had intended, which worked out perfectly for the brisket. Brandon was able to get it into the Traeger an hour earlier! (It’s all about looking on the bright side, right?) 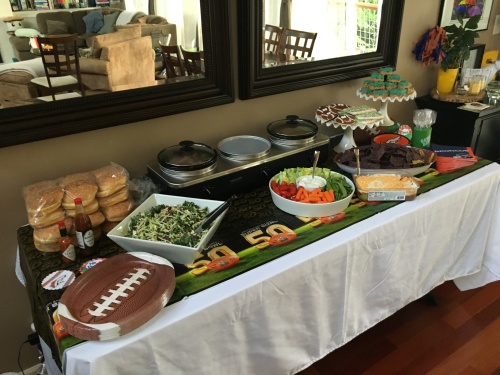 And of course some photos: 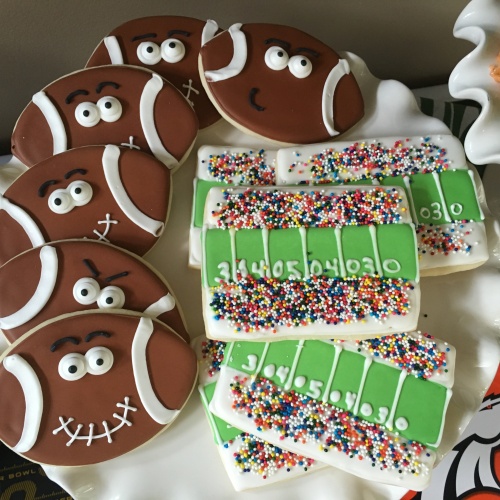 The most amazing Super Bowl cookies ever. I wish I could make these myself! 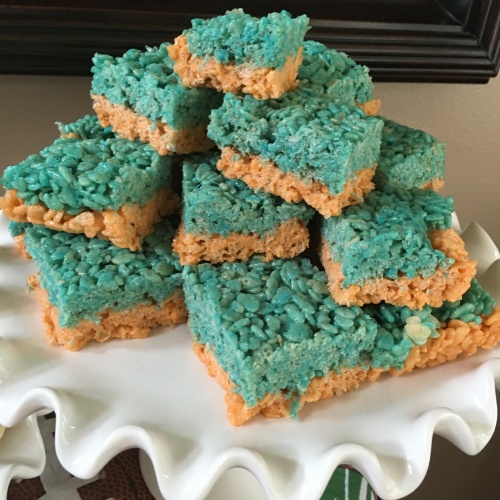 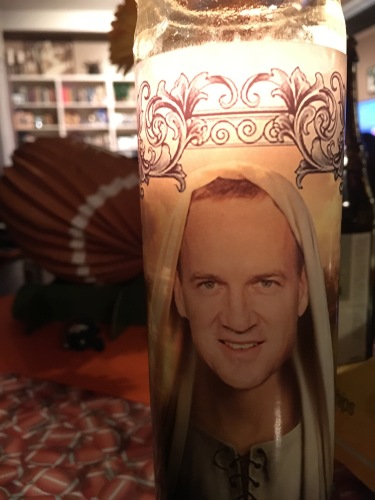 Super Bowl bingo was a big hit– it combined commercials and the game.

Our little fan watching the pre-game 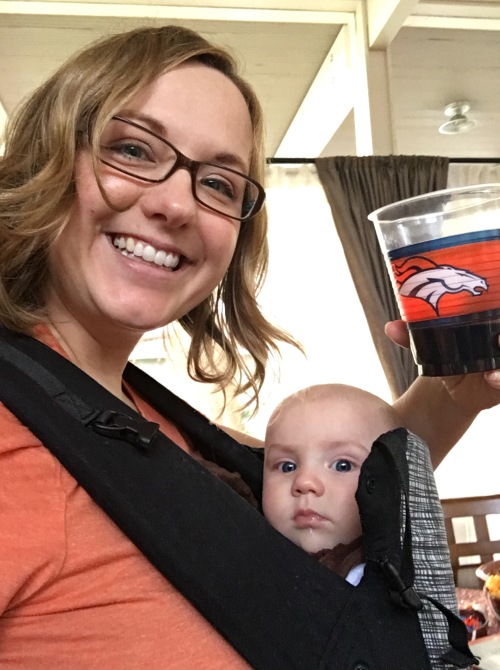 How I watched the game: wearing a wee one, with a {plastic} glass of wine. 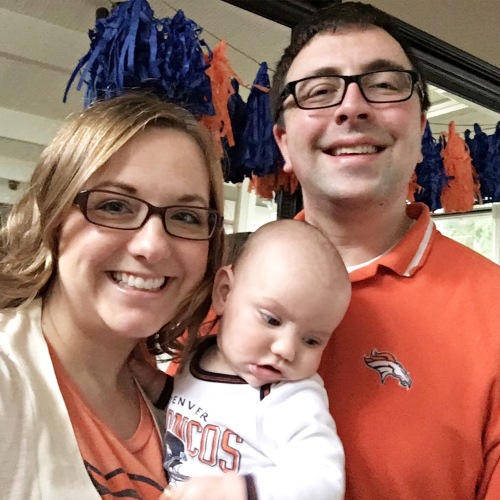 Hopefully we get to have another successful SuperBowl party next year! This little guy has his game face on and is ready!

They scored once again with these football foods and wine pairings. I’m sure these would all be great with beer, but that’s not my thing, so this is especially poignant for me. Especially since I’ll be spending the bulk of my sportsball-watching at home, in front of the TV with my little guy. Don’t nachos and malbec sound delightful right now?!