Baby Michael was born just in time to celebrate his first Halloween in style!

I originally wanted him to be a Cookie Monster, but there weren’t costumes in the itty bitty size that I needed. (We did end up receiving a toddler-sized one as a gift, so be on the look out for our Cookie Monster next year!)

Late night breastfeeding is conducive to lots of Pinterest browsing and I found this adorable glow-in-the-dark skeleton outfit on sale. $8 for a costume? Done.

I also made this ghost onesie for Michael. (More on that in a future post; hopefully this week) 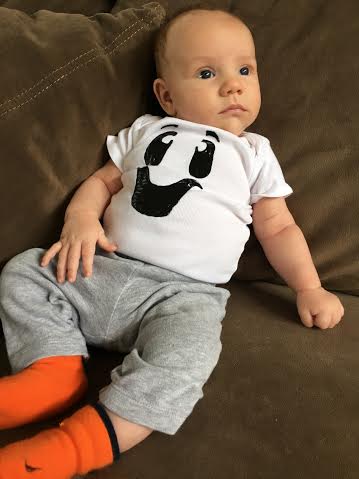 You’ve also already seen Michael’s pumpkin bib. It was a gift and was perfect for Halloween and his six-week Facebook photos.

Finally, his Waldo outfit came together by happenstance. I was going through Michael’s outfits, saw the red and white striped onesie and his blue pants and voila! I added a red electrical tape stripe to his hat from the hospital, along with a yarn puff. The only item I needed to purchase were pipe cleaners for his glasses. $1 total. Cheapest– and cutest– costume yet!

Look at those specs!

Which costume is your favorite? I like them all!

We tried putting Michael in an actual pumpkin too, something I’ve always wanted to do with a baby, and it was an extreme failure. We were all laughing as much as my sister was. Everyone except Michael. Maybe next year? 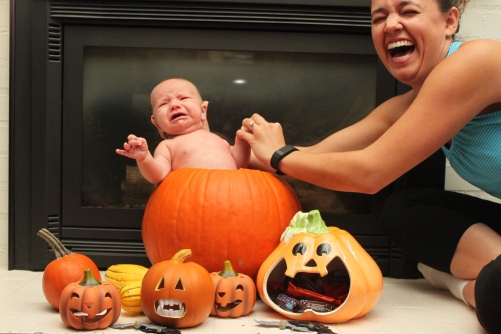 Guiding You Towards A Healthy and Non-Toxic Lifestyle

the moments that bring a little something special to everyday life